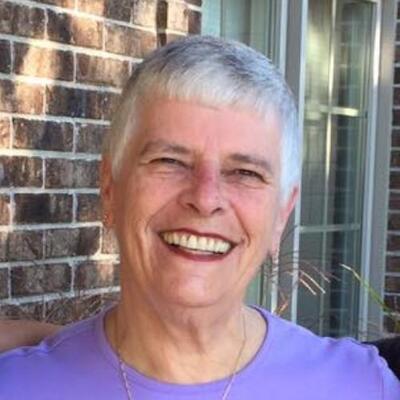 She was the 12th Delta Gamma Legacy of her family.  Nancy Brown Woollett, oldest of 4 Brown girls, Bess, Jennie, and Helen, were all four Delta Gammas at the Univ of Colorado.  Nancy went on to be Fraternity President 1920-28.  Karen’s mother, Sylvia Pease McKay Lauer, was a DG and Karen was the 12th legacy from these 4 sisters.

Karen later transferred and graduated from Northwestern University in 1960 with a bachelor's degree in education. In the same year she married Carl Ray Lindenmeyer, also a graduate of Northwestern. Karen taught elementary school in the early years of their marriage until Victor and Vince were born in 1968. Brian followed in 1974. After raising her three boys, she was an adjunct professor for the School of Education at Clemson University for student teaching advisement and advised the Epsilon Kappa chapter of Delta Gamma.  After serving as advisor, she received the Delta Gamma Fraternity Cable Award presented to alumnae who demonstrate unusual loyalty and devotion with Delta Gamma service far beyond normal alumnae participation for at least 10 years.

She is predeceased by her husband, parents and sister, Heath Lauer Coffield. 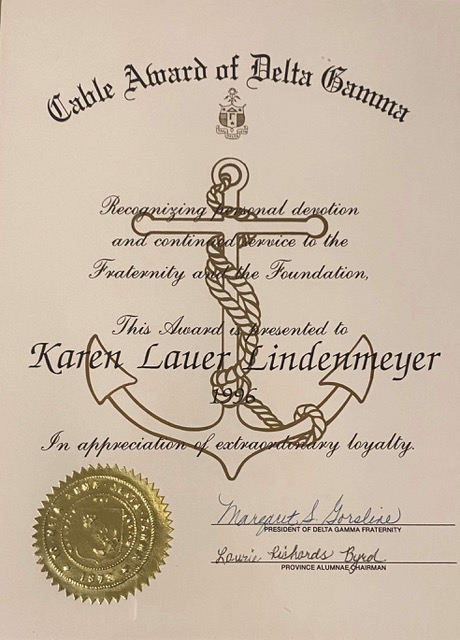